Stargazing! Take Up a New Hobby and Get a Deal on a Telescope

The universe is so vast and still undiscovered.

Astronomy is a really fun hobby to take part in because it’s active learning. You may not be able to see all of the incredible wonders of space through a simple telescope that you can purchase in the store… In fact, since NASA’s Hubble Telescope orbits the earth at 5 miles per second its high enough above our atmosphere that light from space can be seen better than telescopes on earth. For instance,  just yesterday Hubble detected off-kilter halos around nearby galaxies.

Check out the incredible gallery of images from the Hubble Telescope in the Hubble Gallery.

If the footage from Hubble piques your interest enough that you want to study astronomy there are some fun, easy and affordable ways to do it!

Here are some great astronomy learning resources that can be found on Amazon.com. You can get great deals on Amazon.com gift cards if you win them on DealDash.com‘s online auctions! 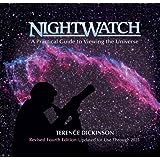 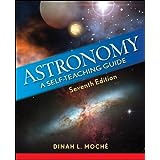 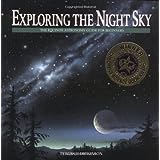 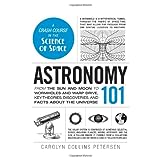 Astronomy 101: From the Sun and Moon to Wormholes and Warp Drive, Key Theories, Discoveries, and Facts about the… by Carolyn Collins Petersen (Jul 18, 2013)

Excerpt – Page 5: “… astronomy lingo Throughout this book I use some astro-lingo, so let’s …” See a random page in this book.
5. 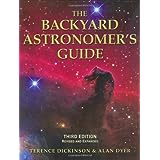 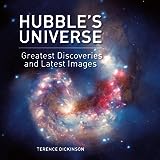 (62)
2. Purchase a telescope.
Wow! Ok, now if you haven’t tried to win a telescope on DealDash yet you really should give it a try! The last few have ended for as little as $0.33 for a iOptron 700 x 70mm Refractor Telescope, $1.21 for a Celestron NexStar 127SLTa Computerized Telescope and just $0.50 for a Celestron PowerSeeker 60AZ 700 mm refractor telescope.
Take a look at all of the upcoming telescope auctions on DealDash and score a great deal!

3. or Make your own version of the HUBBLE telescope. Of course it won’t give you the ability to see all of the wonders it does, but it will be a learning experience!
Check out NASA’s instructions for making a handheld Hubble!
4. Drive out past the city lights. If you already live out in the country  – great, if not it’s time for an adventure! Many state parks and nature centers will often host stargazing outings, be sure to check around for this!  You can also find  & learn from astronomy geeks by joining a Meetup.com group in your area for astronomy / stargazing!
Good luck on scoring a great deal on DealDash!
Look at the stars, look how they shine for you…-Coldplay’s Yellow.

What is DealDash Tips About?

DealDash Tips is your guide to online shopping on DealDash.com, the longest operating online deal auction site in the United States since 2009. DealDash provides tremendous deals on over 1,000 brand new brand named items every single day and is leading the pay to play game shopping industry!

Come read along and learn how to get the most out of your DealDash experience. We'll share DealDash reviews, bidding tips and keep you in the loop of what new products and services are being offered on DealDash.com.

This blog is sponsored by DealDash.com to provide you with tips and information about DealDash auctions. The posts are written by real DealDash customers. The opinions and advice shared here represent our customers' views and not those of the company.